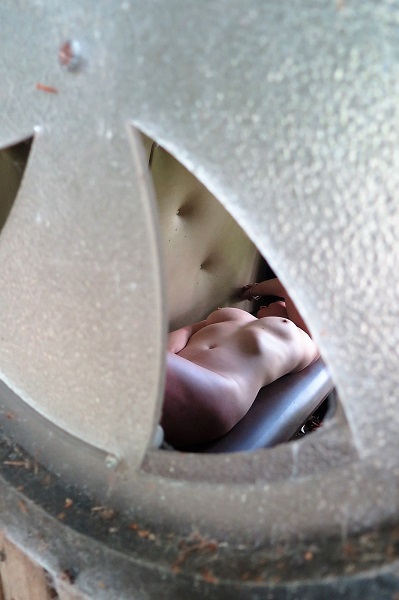 I was on Twitter the other night and was following some @ScarletLadies chat – they are doing this fantastic project called I Talk Sex to encourage women to speak up about sex and sexuality. I am so glad I stumbled across this wonderful campaign – I’m annoyed with myself I didn’t see it earlier, but I guess we find things at the exact moment we need to.

When I was fourteen, we had ‘the talk’ at school. A nurse came along and talked about sex education. I was furious. It might as well have been, ‘procreation education’ or more accurately, ‘don’t have sex unless you want a baby and to be honest, why the hell would you if you’re female as there’s nothing to gain from it apart from unwanted pregnancy, education’.

Even then I knew this was all wrong. As someone who masturbated to climax to relax at night for as long as I have existed (or as long as my memory) with quite in depth sexual fantasies – at times terrifying in their graphic nature, I was craving information and at the very least, acknowledgement that sex is more than baby making.

There were sniggers from kids and some mumbled words about ‘raging hormones’ from the biology teacher but no, ‘because it feels amazing!’ or ‘because it’s exciting’ or ‘because it’s natural and normal and you can explore your own body and mind in many wonderful and safe ways’.

I needed to be told that my strange fantasies of being kidnapped and stared at while tied up were ok. I wasn’t bad. It was a fantasy. I needed to know that exploring my own body and bringing myself to orgasm was a normal, healthy pursuit. I wasn’t a pervert. I wasn’t a bad person. I wasn’t disgusting.

I was very lucky to have an open minded mother where we discussed most topics but still, there are things you need to hear from others, whether that’s your peer group or trusted adults or authority figures.

I knew that other kids in that class wouldn’t have such frank conversations about sex with their parents and I was so angry that they would be denied that too.

Indeed, if any of the girls ever talked about liking sex, or god forbid, touching themselves, it was an absolute taboo. She was banded a perv, a slag or a lezzer(!) and shunned by the other girls! Can you imagine?

My eyes are rolling so hard right now. So this is why #ITalkSex

Not only did they do an injustice to females, they also did to the males in the class. They never explained the beauty of mutual arousal, female sexual pleasure or even consent to the boys. I’m sure it is much better now.

So I support you Scarlet Ladies – I think you are bloody brilliant!

It has taken me many years to be this confident about my sexuality – it began by writing and publishing saucy tales. Now this blog is a place to write about fantasies and explore my mind and body in many ways with words and images.

Of course confidence comes with maturity too and I understand that, but I wonder how much sooner I would have achieved sexual confidence had more education and open discussion been available.

As I live and grow I am lucky enough to meet many wonderful sex positive people, one of whom is Exposing 40. Ms 40 runs a body positive photography project. I have taken part twice and the image above declares everything about my joy at being a living sexual being. I can’t thank her enough for making me feel so comfortable in my own skin, a thing I didn’t feel until very recently.

9 thoughts on “I Talk Sex – Female Sexuality and Education – #ITalkSex”