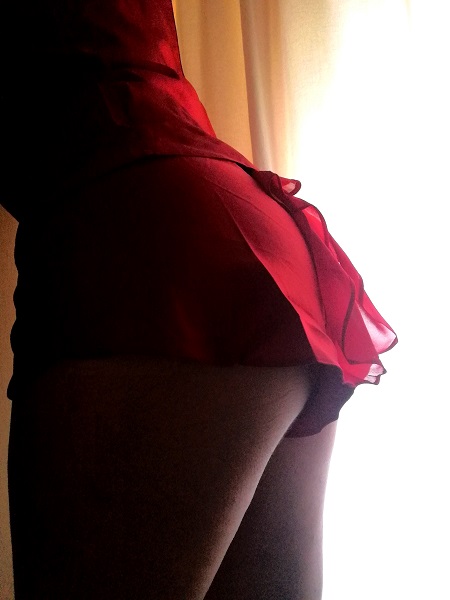 She pulled her cheek between her teeth and flicked open the four-hundredth tab on her phone browser to the article that had caught her eye the day before—the health benefits of having enema. The thought of simply filling herself with water as a pursuit just for her, not making herself clean for anyone else, sent a frisson of excitement through her body.

She remembered the full feeling it gave just before expulsion and wondered if she held the water in for a bit longer, would it be sexy?

In that moment, it was all she could think about. The article spoke of coffee enemas so she poured what was left in the cafetiere into the douche bulb and topped it up with water.

She lay on the large shower floor and administered the liquid, letting the unique sensation of being liquefied pull her into a different zone. The urge to expel it straight away threatened to bring the fun to an abrupt halt so she reached for her new aluminium butt plug and soaped it up, easing it to the whorl at her entrance. It felt so darkly naughty to be doing this to herself, but oh so right. She pressed harder than she usually would have, gritting her teeth and taking the stretch, not wanting to spill any liquid. As the plug neared its maximum girth, she took a deep breath and paused to give it a slight twist—all the nerve endings pulsed and there it was, the flood in her pussy that something exciting was going on very close by. She gave one last push and her ass swallowed up the shiny metal snugly.

So far, so good. Everything seemed to be in place and her clit had now woken up to the activity. Charlotte carefully stood up checking and clenching, feeling that delicious watery fullness. It was quite a different sensation—a deep rumbling arousal, coming from within. She reached to her clit, opening up her labia and smearing her already copious juices around. She turned the shower from a trickle to full pelt and heat. This felt so deliciously bad.

This really was a watery liquefying happening.

She turned off the shower and reached for the towel.

Feeling a glow through every cell of her flesh, Charlotte wrapped herself up, hoping to keep it all in for as long as possible. There was one thing she couldn’t though—she took her place over the toilet and made ready to remove the plug.

Yes, she was extremely glad she’d happened on that article. She wondered if it was possible to become an enema addict after only one session.

Whether it was the coffee or the monumental orgasm that set her up for the day, Charlotte wasn’t sure but she was definitely going to keep up with this new morning routine.

If you like smut with other bodily functions why not try The Weight of My Red Self – a story of period orgasms.

If you’d prefer something a little less visceral, here’s  I’ve Got This Fever with some audio to listen to.

Thank you so much for stopping by x x