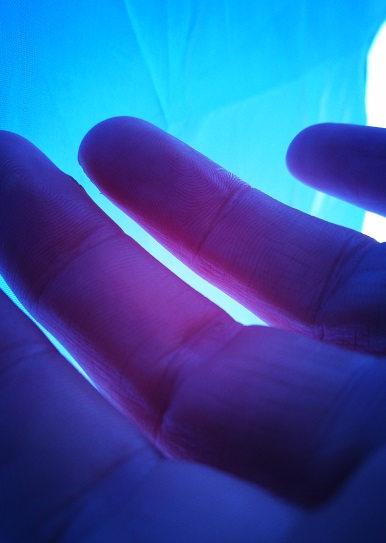 A Hot Flash in a Tent

She’d needed to get out of the city. The cloying sticky heat made Marguerite irritable beyond belief. How Johan could enjoy these thick humid streets was beyond her.

They’d rolled together in the night, sweat running and mingling where they’d touched. She’d recoiled quickly to her edge of the bed, tense in case he reached out to her.

Marguerite’s libido, another thing which had evaporated. She was exhausted. When he’d fanned her face with a flier advertising a rock festival only a couple of hours out of town, the slight breeze he’d made on her décolleté felt like a sign.

She’d admired her long tanned legs as she’d slung her feet up on the dash and swept her hands up to her nape, pulling her hair free of her neck and letting the airflow from the highway cool her damp skin.

A frisson of excitement buzzed through her. Relieved to be feeling the rise of arousal, she hadn’t wanted to lose it. She’d wriggled her hips and ground her pussy into the seam of her Daisy Dukes. She’d hoped there’d be a wet patch for him to see when they arrived.

Oh and there had.  She’d been shameless as they’d pitched the tent, taking every opportunity to bend forward in his view to hammer in a peg or guy rope.

And now, here they are, tipsy and excited after drinking in the sun watching unknown bands rock the field into a frenzy of writhing festival kissed bodies. She loves it, the whole thing, the atmosphere, the camping, the music. But most of all the loves this moment. This moment where she’s lying back on the deflating air mattress and he’s between her thighs, his fingers gripping and hooking into the scrap of wet denim which had only barely kept her decent. He pulls it to the side, exposing her cunt.

He sighs and leans in.

Her sweat soaked skin cools as the tip of his tongue makes contact with pussy.

And then he feasts. Devouring her vulva, sucking and probing in equal measure.

It’s not enough. She leans back into the bedding and tips her pelvis up, spreading her thighs and grabbing his hair to latch him deeper.

He reaches for one of the discarded beer bottles they’d been drinking earlier and she holds her breath.

They lock eyes as she kicks them off and he keeps staring, bringing the beer bottle to his lips, circling the rim with his tongue before sucking on it like a cock, getting it good and wet.

And then he ducks back down.

Marguerite can’t take her eyes of the sinews in his shoulder tensing and releasing as he pulses the neck of the bottle to her entrance. She holds her breath as he applies just the right amount of pressure to open her up.

He lifts his face slightly to catch her gaze, a wicked sexy look flashes across it.

It’s all the permission he need and he plunges the bottle deep into her already twitching cunt and suckles hard on her clit.

It only takes three more thrusts and she’s squeezing her eyes closed, spiralling off into the starburst realm.

Bass thumps all around, the tent vibrates with energy. Her orgasm explodes into his mouth and she fragments, spilling herself over him and into the bottle.

He waits for her spasms to subside before gently pulling it free.

He cocks his eyebrow and raises the bottle.

‘Cheers,’ he says, bringing it to his lips… 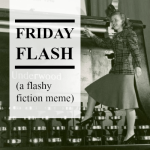 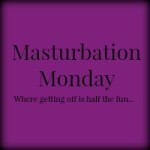 8 thoughts on “A Hot Flash in a Tent”