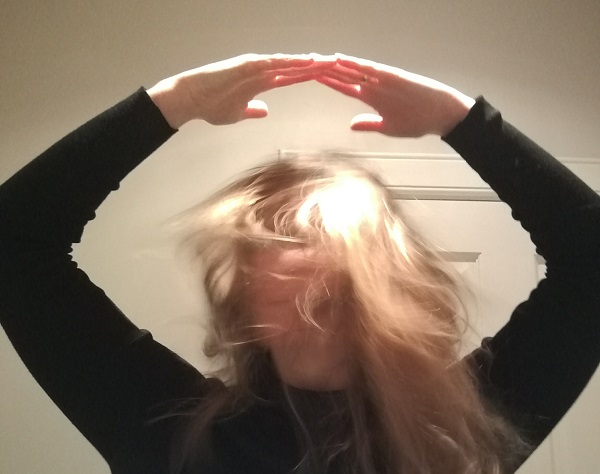 I sometimes worried that perhaps some people saw me as a bully rather than just utterly lost in the giggles. More often than not, Doreen would be looking at me in confusion asking, “But how was that funny? I don’t understand.”

And neither did I. She was simply hysterical. Physically hysterical, emotionally hysterical and spiritually hysterical. Honestly even as I type, I’m trying to control my giggles. Like, I can’t even describe a single thing that she’s said as funny, because it’s not. It’s the quizzical way she says things. A childlike sincerity to all her questions.

“But why would you wear shoes like that?” She’d ask, wrinkling her nose at my pink kitten heels while she sat prim in her Dr Marten Brogues. I’d feel my shoulders start to quake and my cheeks begin to pink up and her lips would tighten into a stiff straight line, her eyes staring hard.

“Don’t.” she’d say, furrowing her brow, “Don’t laugh Bella, stop. How is that even funny?”

But by that point I’d be snorting horribly, tears and snot running down my face. Coffee cup spilling, and my whole body convulsing.

“I don’t…” I gasped, trying to control my breathing, “Fuck Doreen, I don’t know, wait ok, ok..” I composed myself as best I could, teetering on the very narrow brink. “I’m calm, it’s over honestly I’m…”

Then I was away again.

Luckily for me, a slight smile began to twitch at the corners of her mouth then Doreen started laughing too. I can’t emphasise enough that I wasn’t laughing at her, she just made me laugh.

I felt drunk with joy and hilarity in her company. The jaw aching-tear-falling, sweet agony in the chest laughter that you’re praying will stop but want to last forever.

We’d had a few wines by the time we’d stumbled through her front door, she was only up for the weekend and her flat had the feel of a serviced rental apartment.

Doreen stooped to untie her brogues properly and placed them carefully by in the shoe rack while I sheepishly went to gather the sandals I’d flung on the doormat having carried them home, feet in agony. I lifted them and went closer to Doreen, she was still bent over, making sure everything was just so. Something about the swell and roundness of her ass, the tight brown fabric of her skirt stretched across it had me suddenly and powerfully turned on.

“Jesus Doreen,” I said, tentatively placing a hand on her behind, “You’re fucking hot.”

When she didn’t move away, I applied a bit more pressure, stroking my palm slowly across her right bum cheek to her hip.

A slight quiver seemed to roll through her body in this sexy position. The urge to grab both her hips and hump her from behind had me salivating and blood pulsed to my crotch, my cunt suddenly hot and yearning for Doreen.

The zipper was at the back, I swore when I started to undo it I would see M&S in the waistband. I wasn’t disappointed.

She was trembling beneath my touch.

“Are you ok with this,” I whispered as the tremble became a shake. “Don’t be nervous,” I said trying to reassure her, perhaps this was her first time. We’d only ever talked about boys we fancied, never girls.

A strange noise came from Doreen, her head still stopped low, her hands around her ankles, flexible, I noted before remembering my concern.

“Doreen?” She sounded distressed and I fell to my knees beside her, “Doreen are you ok?” My heart clattered around in my chest, terrified I’d crossed a line and she was either devastated or furious.

But when she looked through her hair at me all I could see was the glorious image of a smile contorting her beautiful face into laughter.

She sank to her knees, face streaked with tears, shoulders shaking, mirroring my own from throughout the evening.

Of course it was infectious. She giggled, I giggled, we fell over in the hall trying to get the bedroom. I ripped off her skirt and American tan tights and she grabbed my hair at my nape in a way I’d never expected. She held me there and for a moment we paused. Finally serious.

Our gaze locked and we were panting in time with each other, chests meeting on the in breath. How long, a heart-beat? And eternity, then Doreen leaned in and kissed me hard.

It was beautiful. Our mouths fit together. We explored each other with our tongues and fingers, my head still held fast by her firm grip. It was hot. So fucking hot.

She stopped and unbuttoned her blouse, eyes still locked on mine. The heat between us was ferocious. I’d never felt heightened electricity like it. I was sure I could see the sparks.

And then, her clothes were all on the floor.

And I did… a small giggle rising in my chest.