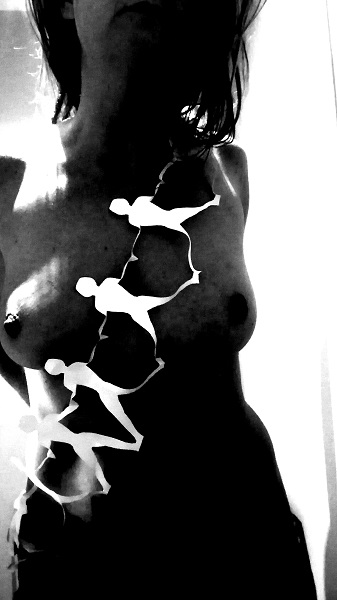 I used to be a slave to my rituals – with no word for what they were or what they truly meant I was plagued by the need to repeatedly perform mantras, counting and actions. I had to hold my breath and touch a certain point without giving up the breath or passing out.

You’d never tell I was doing it, I never spoke of it or complained as I knew folks would try to get it to stop. Get *me* to stop.

But nobody understood that to stop would be absolutely catastrophic, not just to me but the entire world. The safety of the universe was absolutely on my shoulders.

Delusional? Yes. Delusions of grandeur? Sounds like it doesn’t it – but it wasn’t like that. I was small, crushed and utterly defeated by this knowledge, and the secret I had to keep.

Rituals, if I kept to them, which clearly I did as we’re all still here right? 😉 meant that life was easier. If the set rituals that were easy to apply, like counting or visualising shapes, those kept everything at bay and were only low key disruptive to my existence (or so I thought). The automatic rituals gave me the freedom to live my life as if I was almost normal. Nobody could see me counting and I did so in a safe little corner of my brain where all the guards were up and on high alert. I could converse with you while it all went on in the background.

The danger was new rituals. Ones which suddenly had to be performed right away. Those are the hardest and most dangerous. Like, if I was swimming I’d have to dive deeper, go further, push harder. Or any activity, I’d have to climb higher, touch a certain point just out of reach. Always that hint of danger.

So what of sex? This is a sex blog after all. Well, I’m sure I’ve mentioned on many occasions that during my orgasms I am completely at peace. it is the *only* time in my existence where I’m guaranteed not to be under attack from my own mind.

A place of complete calm and zen for those few short moments.

So what about now? Well, I am free of the rituals, in fact, I actively avoid them. It can make for my world being hectic as any rhythm which my life naturally falls into has to be banished in case it becomes habit. It’s much easier to live this way. Unafraid and free. If I find myself holding my breath for a second or two longer than necessary I stop. Nothing happens. All is well.

While through my life rituals have given me freedom, the biggest freedom has been the freedom from the rituals.

Man, it took a long time.

In conclusion, I believe that I have OCD – which I couldn’t recognise because it seems to be associated with tidiness and attention to order, not crippling thoughts and chaos.

5 thoughts on “Rituals – Freedom or Curse?”