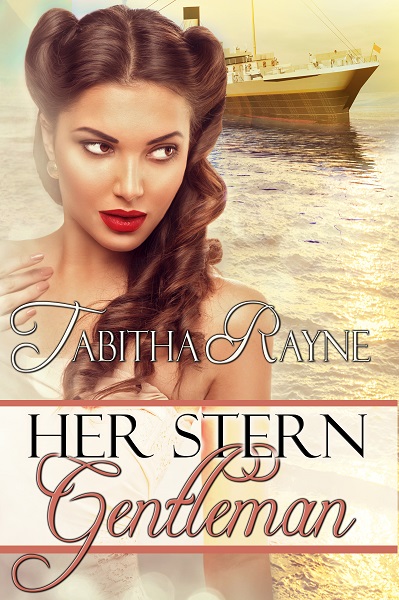 I bring news of my brand spanking new romance book – Her Stern Gentleman is now out and ready for reading!

Here’s a sample to get you in the mood for some naughty nautical romance. Lizzie and James have just been discussing their plans for a new life overseas… 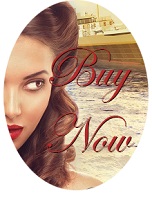 “Warmth. I want to be warm.” As if to highlight the point, a draft snakes in under the door, making her shiver. He wraps his arms around her and rocks her from side to side.

“You know I’ll keep you warm, my love.” He kisses her on the back of the neck and she absorbs the heat from his hot fleshy lips. It is like an elixir; his body heat sustains her. She doesn’t know how she survived without it all those years growing up. He produces so much of it—in abundance and gives it so freely.

She always believed she was never meant to be human—always felt there’d been a mistake somewhere along her evolutionary line—she is reptilian, she is convinced. They say everyone has a totem animal, but this is more than that. She is sure there was a mix-up and she is her totem animal—a snake, or a lizard, or some other strange creature that can only function if it is stealing the heat from an external source.

She lets her head fall back as she absorbs the last few bits of warmth from his kiss.

“You’re freezing, woman! What’s wrong with you?” he says, but it’s the same thing he always says.

She’s warned him before that one day she’ll emerge a blossomed heat-filled flower of a woman oozing life and radiating light and they’ll find him, a withered broken shell lying in bed after a night of lovemaking and cuddling. It is a genuine fear of hers that she will suck him dry of his life force and so sometimes remains distant until she can bear it no more and falls upon him, devouring and feasting on his body heat.

She smiles, knowing it means that he wants them on an equal level so they can make love in the afternoon. He’d lit the fire early. He must have been planning to heat the boiler just for this.

The bubbles cocoon her in a thick layer, holding in the warmth of the water beneath. Slowly she thaws from the outside in. When she is sure that her bones are finally heated, she cautiously lifts a toe out and stretches it onto the taps, sliding the arch of her other foot up the shin to her knee. The foam slides off her skin and her fine blond hairs lift. She never saw the point of shaving—felt like it must be a dreadful chore.

The knock is soft, tentative, as always.

“You can come in, I’ve melted a little.” She smiles as she sees his burly frame creep round the door—always so respectful of her, her privacy, her womanhood as if he is a little intimidated by her. It’s still surprising to her, such a contradiction to his physical strength. Through his expression, lust is building and she tips her pelvis up unconsciously.

He is rolling up his sleeves as he approaches and crouches on his toes, knees jammed into the side of the bath.

“You’re so damn beautiful,” he says, staring hard at her face.

She blushes. She’s not sure from the scrutiny or the curse word; he so rarely expresses himself in profanity.

“Thank you,” she murmurs as a large hand caresses her throat then disappears under the surface, sliding to her breasts.

His fingers slide over the slippery mounds and he squeezes hard, thumbing her nipple and she rises. Her head is tilted and her eyes are closed, her lips a parted invitation and she can feel his breath as he leans in and kisses her. That’s it, that’s the fire she needs. He is hungry for her and he devours her mouth and kneads her breast—she can see him in her mind’s eye pressing hard against the bath to keep his balance as he squats. His tongue is sweet and salty, exploring hers, wrapping around each other and twisting, getting lost in their feast. She pulls her toe back under the water and parts her legs, letting water rush in and fill her.

Taking his cue, he releases her breast and slides his hand all the way down between her legs. She whimpers as his thick fingers part her swiftly, allowing yet more heat to fill her. Suddenly she is too hot—his mouth still clamped and playful on hers is stifling in the steam. Twisting and writhing from pleasure and panic, she breathes hard through her nose feeling trapped, but joyously so. His fingers have pushed inside now and are pulsing at that sweet spot, that place that elicits a quiver and spasm that builds and builds. She squeals in her throat and he pulls his face from hers and she inhales just as he jabs his fingers fully inside. His thumb is circling her peaking clit and she groans out loud.

The bath is too narrow to open her legs the way she wants to so she jams them hard against the enamel and undulates her hips to heighten the building pleasure. She knows she’ll have bruises but she pushes harder with her knees and tightens her sex around his digits.

And she does. Her climax gushes from her, juices mixing with water and foam over his deft hand. He tweaks her bud once more and she convulses again, begging him to stop, no more, she can’t take it, but he does it again and in a flurry of heat and starburst she is spent. She flops back against the bath as he slips his fingers out and for a second she tries to hold onto him, feeling the oddest sensation that he may take her with him when he pulls out. But he withdraws and she thinks she remains whole…

Elizabeth McCoy’s husband has always been a perfect gentleman. But as they travel by ship to Canada to start a new life, she cannot help longing for something more, and after a terrible indiscretion on her part during the voyage she finds herself begging him to take her in hand.

Recognizing that his wife needs to be sternly punished and thoroughly dominated, James bares her bottom and spanks her soundly before taking her in a hard, demanding way that is unlike anything she has ever experienced. Her husband’s skillful mastery of her body excites Elizabeth more than she could have ever imagined, but will his strict discipline free her from her guilt before it tears their marriage apart?

Publisher’s Note: Her Stern Gentleman includes spankings and sexual scenes. If such material offends you, please don’t buy this book.

Her Stern Gentleman is published by Stormy Nights Press

Thank you for reading! x x

1 thought on “A Brand Spanking New Romance! Her Stern Gentleman”