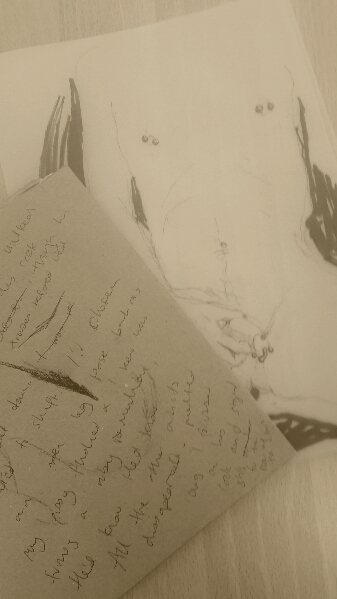 *Blog Update* this post was chosen as one of Rebel’s Top Three this week!

So the prompt this week is ‘Reading’ – do go check out the top 3 from last week – Exposing 40’s will have you doing that smiley-cry thing. So good.

I think it’s because I struggle to keep the chatter, noise and general mayhem storming about my mind at bay. I’ll read a paragraph and have no clue what it was about and have to read it again. And again…

So when I do finally get swept away in a tale, it’s my most favourite thing ever. To be completely free from my own mind for a little while is glorious and liberating indeed. In fact it got me wondering just how far away one could become if completely lost in a good book. I saw a program once about a man who fetishised giving a woman head while she smoked, completely indifferent to his ministrations. I’m quite fascinated by that notion.

So here’s a little teensy thing inspired by it.

Kitty turned the page. A bonk-buster. That’s what they called this kind of book. Chewing gum erotica – fast paced and uncomplicated – just like my men, she smiled to herself imagining a Mae West lilt to her accent as she ruffled Jay’s hair. She knew he was looking to initiate sex. It was always the same if they went to bed at the same time, even if they’d agreed there’d be no action – sexual tension always got them. If they didn’t just ‘do it’, they’d lie side by side, the electricity between them keeping them awake until the small hours.

Tonight though, they’d made the agreement and had turned their back on one another and she’d picked up her book.

The lead character was tall, dark and handsome with a big car and even bigger cock, she was quite embarrassed at being so engrossed in such a tale. But oh, it was juicy and full of naughty encounters, the women simpered and the men fucked them. She could almost imagine the trail of kisses from her nape to her hip that the hero was now bestowing on his damsel. Her fingers trembled and her nipples rose as she turned yet another page, gobbling up the easy words of filth. She rolled from her side to her back and imagined the hero’s fingers were in her panties, scissoring into her swollen wet cunt. Her legs would clutch his head and squeeze his lips to hers, hips bucking as she would ride his face like the heroine did. She’d do it better though, Kitty knew his skills were wasted on this annoying creature. Oh bloody hell, she was jealous of the lead in a book.

Her eyes began to flick and skitter from word to word as her book was being nudged about. disrupting her reading. Kitty’s attention was pulled back to the real world where she was suddenly tumbling and tripping out over herself into an intense orgasm. Words and time and stars and lips and tits and cocks and fingers all cascaded through her and she dropped her book to the floor and twisted Jay’s hair in her fingers, pulling him harder onto her shuddering cunt where his fingers were buried and his tongue lapped ferociously.

A giggle brewed in her chest as the climaxing slowed and she released her lover from her thighs.

“Um, I didn’t realise you were there…” She wanted to swallow the words as soon as they were out, imagine saying that to your lover!

“I know,” he said, snaking his way up her torso running his glistening face all over her belly and breasts. “You were gone, it was fucking hot.” He reached her face and kissed her, plunging his cock into her soaked pussy. 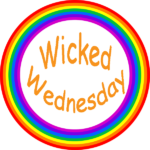 7 thoughts on “The Difficulty With Reading…”